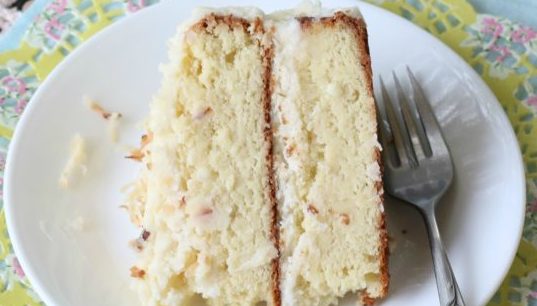 The other day, my husband requested that I make a coconut cake for him. Now, I’m not a huge fan of coconut, because the smell reminds me of sunscreen! But, he requested it especially, so…. I did it.  I’ve made a Sour Cream Coconut Cake before, but the coconut was just in the icing. This cake incorporates the coconut flavor throughout the entire cake by using coconut milk and coconut flavoring. But, it’s not overpowering at all!  It’s diviiiiiine and won’t make you think about sunscreen at all. So so good! Try it and let me know what you think!

For the Whipped Cream Filling

To make the cake

To make the buttercream frosting

To frost the cake