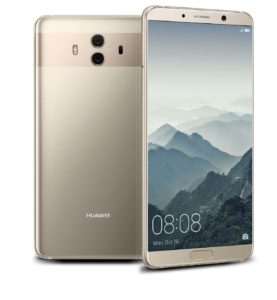 Rumors had pointed its launch in October and now the company is inviting media for its October 16th event where Huawei will announce its new launch Mate 10.

The Huawei Mate 10 is powered by Octa Core 2.8 GHz and has an Android version of 7.1.1 Nougat along with the chipset of Hisilicon Kirin 970.

It is expected that the smartphone bears 6.3-inches IPS LCD capacitive touchscreen with the resolution of 1440 x 2960 pixels (522 ppi pixel density) with the protection feature of Corning Gorilla Glass (unspecified version)- EMUI 6.0.

Huawei Mate 10 has a storage capacity of 6 GB RAM that can be expanded up to 256 GB with a Micro SD card.

Although the price has not been confirmed yet, it is expected to cost 36000 in India.