One can play Clash of Clans for long hours without even looking at the clock. Yeah, we know about your love for CoC, but you need to check some of the coolest and best Clash of Clans alternatives for Android and iOS. I am sure you are going to love them! 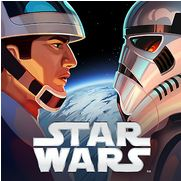 The name itself is enough to let you know how thrilling the game would be. Like the amazing Star Wars movies, the game will also make sure that you have the best time playing it. You can play Disney’s amazing game either as the Rebellion or as the Empire to invade the enemy’s territory. It is clearly one of the best strategy games like clash of clan. You can play in multi-player mode by connecting to players from around the world. The game is available for free on both Android and iOS.

Battle Glory is one of the best Clash of Clans alternatives for Android, and it is a lot similar to it too. You will get to play with different types of modern war machines like tanks, fighter planes, grenades and riflemen loaded with modern gear. Not only the machines, the cute characters won’t even let you leave the game! And that makes it is one of the best offline games like clash of clans available on both the platforms- Android and iOS.

This free game for Android and iOS is the ultimate warrior game you will ever wish to play. The all-rounder game will keep you hooked for hours with its amazing gameplay that includes recruiting armies, fighting to win territories of the enemy, and the dragons! This one had to be in the list of best offline games like Clash of Clans. You can get it for free on Android as well as iOS. What else? You can also enjoy the game in multiplayer mode with a huge gaming community spread across the world. 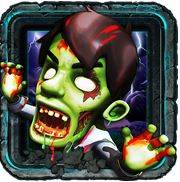 There are a lot of zombie games on the app stores of respective operating systems, but none can be like this one. It is not like any other typical zombie game and that’s the reason it is in the list of top 5 strategy games like Clash of Clans. The zombies, robots and the lasers will keep you hooked for long! And that makes it one of the best offline games like Clash of Clans. You can get this game for free on Google Play Store and Apple iTunes.

Boom Beach has a very close connection with the Clash of Clans, it has been developed by the same company that developed the Clash of Clans: Supercell. As the name suggests, the game is based on a tropical island that you have to defend by commanding your troops to attack the enemy. Being a strategy game, it will surely test your wit! Being so close to CoC, this game is surely one of the best games like Clash of Clans.

These are some of the best alternatives to the ultra-popular and amazing game – Clash of Clans. Most of them not only look similar, but are also very engaging and won’t let you have a time for boredom. So go ahead and enjoy these best strategy games like Clash of Clans.