Many native English speakers are reluctant to learn other languages because they feel that English is the universal language and everyone else should cater to their mode of communication. But the fact is, with around 350 million people speaking Spanish, it is the second most-spoken language in the world with Chinese Mandarin being first and English being third. It is also one of the United Nation’s six official languages. 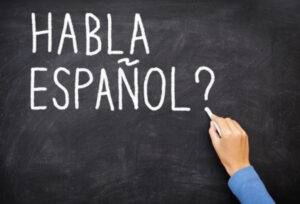 Because Spanish is spoken on five continents – Europe, Africa, North America, Central America and South America – and is the official language of twenty-one countries, it makes sense to learn at least conversational Spanish.

If you are an English speaker, you might consider these  7 appealing reasons to learn conversational Spanish:

1.    Make traveling to Spanish-speaking countries easier. Although you are bound to find English speakers in big cities, it may be more difficult to find some in the smaller towns. Also, not knowing the native language will relegate you to mostly tourist resorts and attractions, but if you want to explore the area, the food, the customs and the people, knowing Spanish is essential. Instead of being simply an observer, you will become a participant in this new, rich culture.
2.    Spanish is a beautiful language. It isn’t one of the romance languages for nothing! This language will make you sound romantic even when ordering a coffee as it is more specific than English. For example, there are several words for “love”, depending on who is the recipient.
3.    It is also an easy language to learn. English, with it’s rules, sub-rules and exceptions to rules, is a very difficult language to master. Spanish has relatively few rules, and they are all quite straightforward. Pronunciation is simple, too, with each letter of the alphabet having one sound (aside from a few that share a “hard” and “soft” sound).

4.    Maintain good health. Yes, it’s true! Research indicates that learning another language keeps your brain cells active and decreases your risk of getting Alzheimer’s or dementia. It can also improve your memory, critical thinking skills and creativity.
5.    Being bilingual makes your more marketable and opens up your career options. Globalization makes the world, especially the business world, a smaller place, so speaking more than one language will give you an advantage.
6.    Fully enjoy the rich culture of Latino art, literature, film and music. Instead of watching a movie with subtitles, reading a translated novel, or missing out on a song’s lyrics, you will be able to appreciate the gifts of such artists as Pedro Almodóvar, Miguel de Cervantes, Gloria Estefan and Pablo Picasso as they were intended.
7.    Be able to understand what “Yo quiero Taco Bell” means! Ever wonder what a popular foreign phrase actually means? Impress your friends by telling them what yo quiero Taco Bell (I love/want Taco Bell), que será será (whatever will be, will be) and Y Tu Mamá También (And Your Mother, Too) mean.

Learning conversational Spanish is easy – take a class, hire a tutor, purchase software – and rewarding. Start learning Spanish today and in no time you will be able to take your date to a Mexican restaurant and amaze him or her by ordering en español .