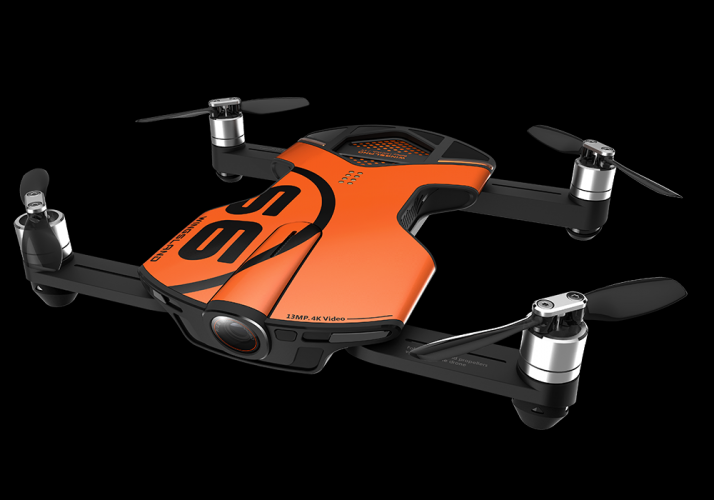 If you’re looking for a drone that has many different features, then the Wingsland S6 would be a good option. Before we recommend this drone to you, we believe it is only fair that we tell you a bit about it.

When you first receive the box, you’re going to like it! It looks so much like an Apple product because it’s so fancy. The box works well in making sure the product gets to you in one piece, without damage.  There’s a tiny plastic clam shell case that comes with the drone – this is much better than the box. Keep it by you, because it’s going to come in handy. It is perfect for storing your drone in while you put it in your pocket or backpack. Yes, the Wingsland S6 is small enough to fit in your pocket. That’s good news if you are the type that likes to carry your drone around with you.

Your iPhone is the controller. Yes, it really is as simple as that. If you have never used your phone to control a drone before, it’s going to take some getting used to, but after you have used it a couple of times, you’ll pick up on it because it really is easy to use.

On the left, you’re going to notice all your camera settings, while on the right, you’ll find all of the drone settings such as the Follow me and POI.

In order to access most of the settings, you will need to hide the gimbal screen. You can hide the screen by tapping the small radio signal. You may find it odd not to have sticks available as the drone is flying when you want to change a setting, but in due time, you’ll get used to it.

Let’s take a closer look at some of the functions:

FPV – Technically, you can fly this drone FPV style, but this will consist of looking at the screen under your thumbs while you fly.

Turn left/right, Up/down – This features works well, so there are no complaints. The drone flies nicely. We personally found the GPS hold and flying characteristics impressive.

One Key Taking Off and Landing – This feature works exactly as described.

One Key Automatic Return Home – This feature works great. Many people claimed that with this feature turned on, the drone returned about six inches where it took off.

Camera Control – With this drone, you will have the ability to change the camera while it’s in the air. You can change the frame rates, turn the EIS on and off, change the white balance and so much more. Regardless of what you choose to control, it will work well.

Point of Interest – This is another function that does well. When you enter Point of Interest the drone will start to circle the spot you identified as your point of interest. During this time, you will still be able to control the height and you can pull back on the “stick” in order to make the drone circle bigger. Thi sis one of the most useful features available.

Automatically Following – There’s a “Follow Me” feature that is pretty good.

If you’re looking for a drone that has a variety of features, then the Wingsland S6 would be a viable option. The Point of Interest feature is something that really makes it stand out from the crowd, but we also like the many different options for camera control.