Confession number 1:
I really hate it when there are no separate lanes for cyclists versus the rest of the world.
Confession number 2:
I am aggressively protective when someone tries to bully my friends
Confession number 3:
Humidity + Nature don’t go well for me, because of mosquito bites and general discomfort.

A friend of mine is moving out of Ponggol area in Singapore soon, so she invited us to go on this scenic walk at the Ponggol Promenade Nature Walk that ends up in an area with horse stables. So I was sold on the idea on the horse viewing.

It looks like a pretty nice area to chill out and do a bit of jogging, at first glance. Look at this lovely image provided by the Urban Development Authority of Singapore (URA): 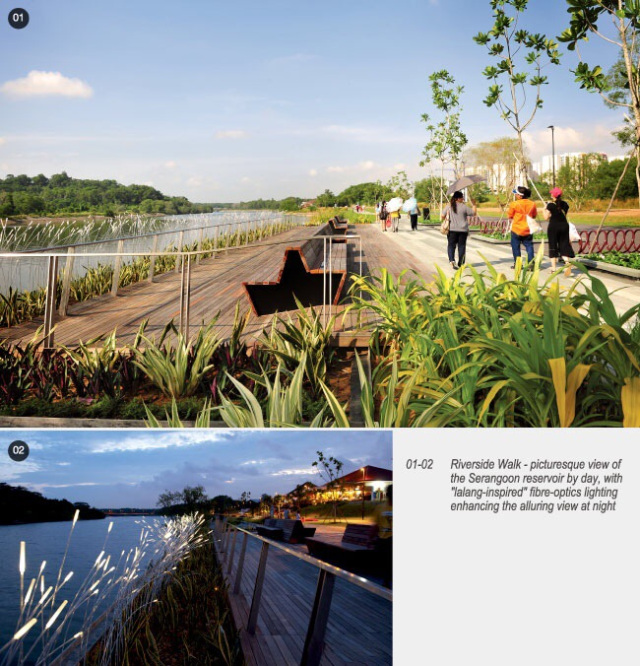 It turned out to be a couple of hours of, quite frankly, frustration at
the fact that joggers, cyclists, and people who stroll all have to share the same path at Ponggol’s nature park. Seriously, why aren’t there 2 lanes to let cyclists cycle in peace and people who want to stroll to, well, stroll in peace? Doesn’t seem very well thought-out, in my humble opinion.

This being on a Sunday afternoon also meant FAMILES, i.e. KIDS. So instead of having leisurely walk, we had to make way and watch out for reckless kids, adults etc on bicycles and other fancy sporting mobile equipments trying to cruise and desperately avoid collision with people. My friends and I had to resort to this dirt road on the road shoulder closer to the reservoir, no doubt made by people before us who got tired of fearing being knocked down by cyclists.

Don’t get me wrong folks, I don’t hate kids and cyclists in general if they don’t do anything stupid. But some of the cyclists here didn’t even have the courtesy to use their bells to give people some warning, and one even gave my friend the annoyed look when she rammed into my friend from behind without warning. I proceeded to shout something after her in my friend’s defense and may have used a vulgar word. My bad. But I’m very protective of people I love (refer to confession 2).

A second cyclist who obviously heard me and went past us commented “takes 2 persons…takes 2 persons.” Well, I beg to differ simply because

1) people don’t have eyes growing on the back of our heads
2) bicycles have bells precisely to prevent accidents like this
3) when you cycle towards a narrow bridge where there is a group of 6 people walking together you should slow down, use your freaking bell and be a little bit careful not to assume people can gauge your distance and speed by the sound of your bell and move out of the way in time. Kapeesh?

Responsibility lies on the cyclist to give fair warning, because what are we supposed to do – constantly turn around in case there’s a silent cyclist coming straight at us?

So there you go. Rant over. I’m not even going to discuss how our dinner took more than 40 mins to arrive (which by then I already cancelled my order and left to catch some sleep before World Cup finals) and the fact that we didn’t even get to touch the horses because we were too late. >.<